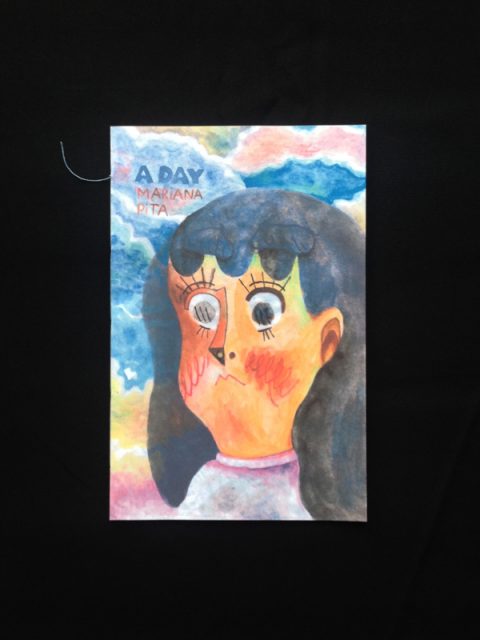 A Day by Mariana Pita

A DAY, originally made for the Comics Workbook Composition Competition in 2015, takes us through one single day of the lives of a young couple with a peculiar job.

It’s difficult to choose what’s our favourite thing about this comic, if it’s the stunning visual sequences presented in a charming coloured pencil style or the amusing dialogues between the two characters. While the latter is already one of Mariana Pita’s trademarks, the former, despite not being a complete surprise, will amaze even her greatest fans.

Mariana makes illustration, comics, music and animation. She has been developing some incredible work in the last few years, followed by a small but dedicated group of people. I’m lucky enough to be part of that group and it’s a pleasure to finally publish some of Mariana’s work through O Panda Gordo.