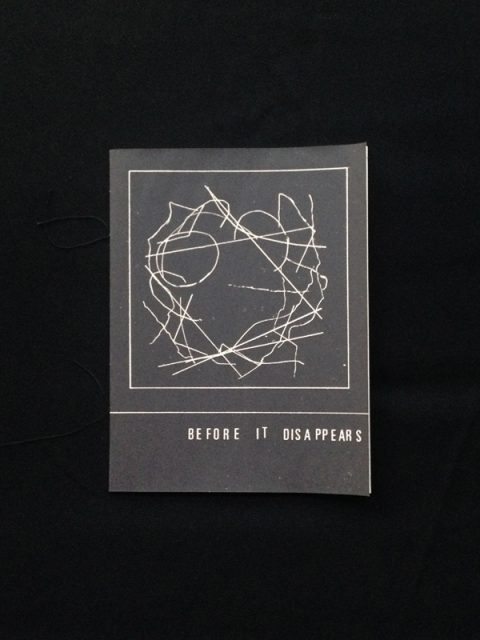 Before it disappears by João Sobral

It all began with the title: BEFORE IT DISAPPEARS. What does it mean? What is disappearing? Is it the intention of making a new zine? Is it the ability to do so? Maybe it’s just the drawings João found in some old sketchbooks and loose sheets. “Let me put this in a zine before it disappears”, maybe that’s what he thought. Or maybe he just wanted to make a zine before his sanity disappeared. Yes, making zines is kind of a therapy to him.

I would say it’s also important to remember that he recently made a show (with Ed Cheverton) called “I want to escape but not to disappear”. How can that be related to this new zine, specially considering that some of the drawings presented here are sketches made for the paintings he had at the mentioned show? I don’t really know, no one knows, he surely doesn’t know as he doesn’t even care. He’s probably lying about that though.

What can be said with certainty, I think, about these 20 pages is that they depict some speculations around the human body and spirit. But then it’s possible that that’s not really the best way to put it… Well, my final guess is that maybe the title is saying to the reader: “enjoy this zine before it disappears”. How about that?