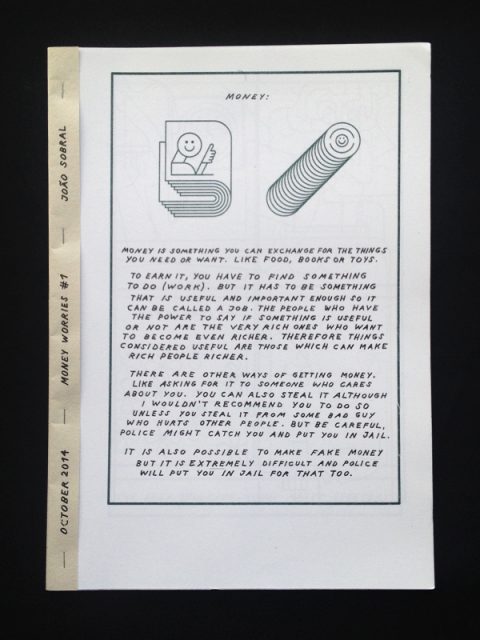 MONEY WORRIES is a comics zine series João started in 2014 with the intention of talking about money and the pervert way it currently works. It is named after a homonymous song by The Maytones.

It was first inspired by the book “Small Is Beautiful: a study of economics as if people mattered” (1973) by E. F. Schumacher. Also by other contemporary economists who have been talking about reinventing money and reforming the current monetary system.