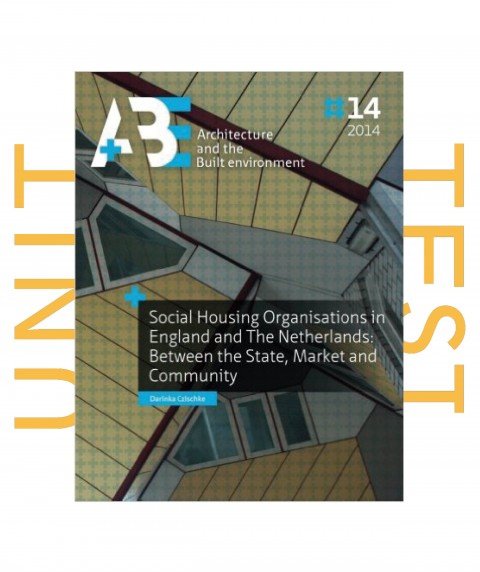 Social Housing Organisations in England and The Netherlands: Between the State, Market and Community (A+BE | Architecture and the Built Environment) by Darinka Czischke

Rapid and deep changes in society, the economy and policy over the last decades are having an increasing impact on the delivery of social housing in North Western Europe. These changes are transforming the way in which social housing providers perform their task and are reshaping their relationships with the State, communities and with other market actors. The combination of continued State withdrawal from service provision, the deep and persistent effects of the global financial crisis that begun in 2008 and profound changes in the type of demand for social housing across North Western Europe call for a reflection on the implications of these phenomena for social housing providers. Several studies indicate that social housing providers in Europe have begun to adopt new (social) entrepreneurial strategies and are becoming more innovative as a response to these challenges. These strategies imply tackling the tensions between (at times) conflicting drivers, notably those arising from the State, the market and communities. However, research in this topic so far is fragmented, focussing on one country or on specific sub-areas such as asset management and non- housing activities and rarely connects with the relevant wider literature on the third sector and social enterprise.

Within this context, this PhD research has sought to widen this discussion by providing new insights through a comparative study of the ways in which individual social housing providers are relating to (i.e. responding to and influencing) these contextual changes. More specifically, the research sought to better understand the complex process of decision-making these companies undergo to manage their responses to competing drivers. Companies operating in two countries (England and The Netherlands) were studied in-depth. In both countries, the social rental sector has played a prominent role in their respective welfare states for decades. While both are amongst countries with the highest share of social rental housing in Europe, each represents a different type of welfare state and of social housing provision – following Kemeny’s classification, a unitary system (the Netherlands) and a dualist system (England).