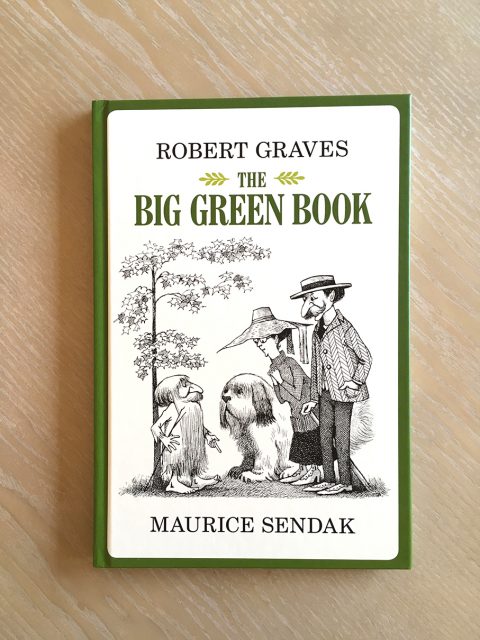 The Big Green Book: The little boy Jack discovers a big green book of magic in the attic, and learns all sorts of spells – spells to change the look of things, spells to make him old and grey, or disappear entirely! Of course I can’t tell you how all these things were done, because this was a long time ago and the big green book has now disappeared. But if you want to read about what Jack did with his new magic powers, and how his poor old aunt and uncle were quite bewildered, then take a look inside… An enchanting, strange and sometimes chilling tale, masterfully illustrated by Maurice Sendak.