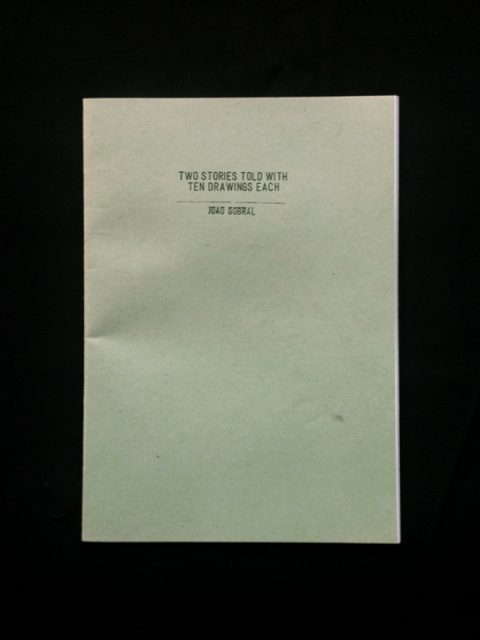 Two stories told with ten drawings each by João Sobral

This zine is exactly what its title says: TWO STORIES TOLD WITH TEN DRAWINGS EACH.

The first story is based on Hansel & Gretel, a fairy tale published by the Brothers Grimm in 1812 and was developed for illustration classes in may 2013, in Porto.

The other one is based on a testimony of a french psychiatrist published in 1840 and cited by Michel Foucault. It was developed for a workshop led by Studio Operative on the 5th of march 2014, in London.