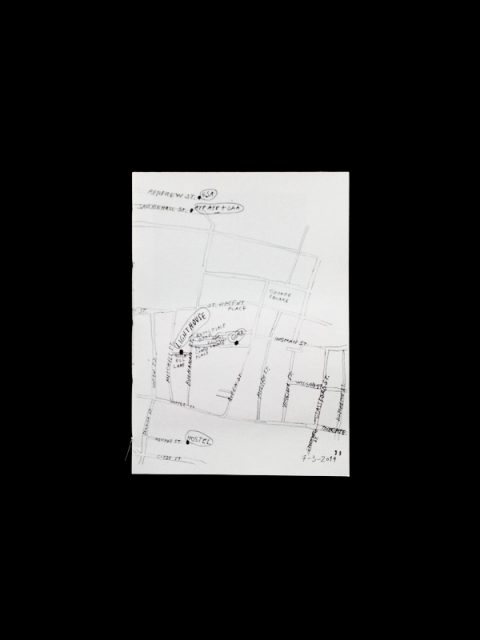 “From September 2013 to March 2014 we lived under the same tiny roof for the first time.

We called it home and even bought a bookshelf together that was promptly filled with a selection of our favourite and most precious zines, books and bric a brac. It was our bookshelf and we wanted it to be the prettiest.

One day, João painted an old little pringles can and named it our savings box. He placed it somewhere in our new and special bookshelf, amongst our few precious belongings. None of us really knew what we were saving for and for some time the money in that tin became our “food delivery tip” fund.

But as time went by and we realised that March was coming, we grew fonder of the idea of going away for a few days. It was our attempt at missing our bookshelf together.

We visited Glasgow for 3 days. Because it was near. Because it had places we wanted to go to. Because we didn’t have that much money. We ate, laugh, spent way too much money in records and zines, celebrated João’s birthday and decided we could be happy living there one day.”