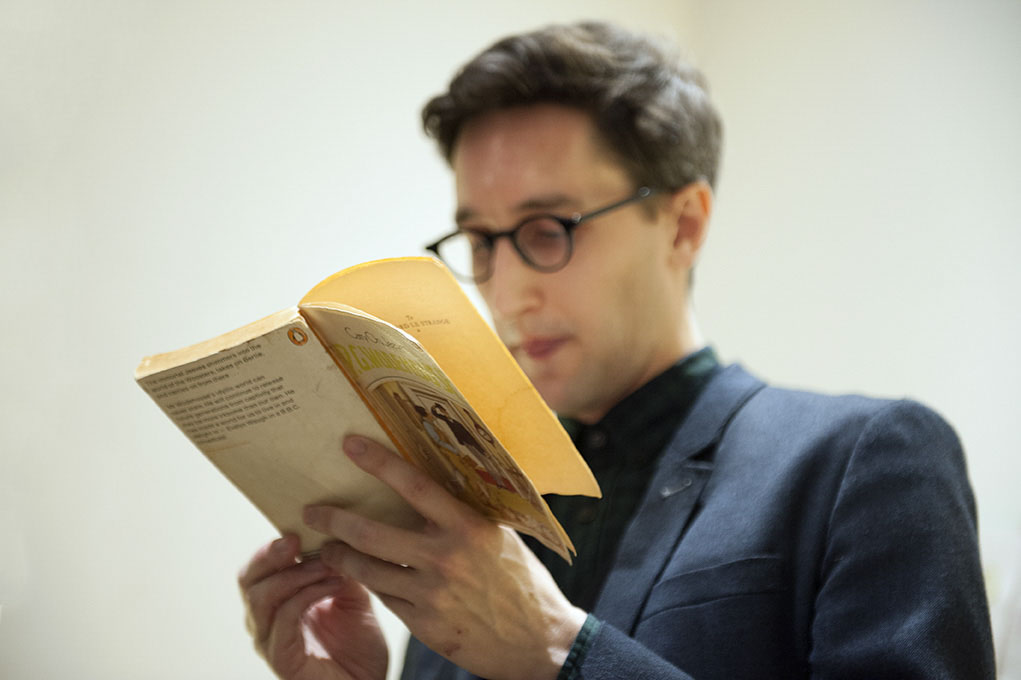 On Sunday 11 October 2015 we held our first BYOB event with writer Robert Wringham ‘Humorists: their four uses’ where Wringham shared a selection of books from his personal library as well as readings from his own work. Attendees where encourage to BYOY: Bring your own book; if there was one they would like to share with the group.

Humorists: their four uses
Where did all the humorists go? Whatever happened to the avuncular masters and stink-eyed mistresses of the feuilleton? What happened to people like P. G. Wodehouse, Dorothy Parker, Jerome K. Jerome and Douglass Adams.

Correct, madam, they are dead.

And as if rigor mortis weren’t enough of a drag, these fine people’s jobs have been usurped by straight-teethed Sunday Supplement types who go around writing books with titles like How to be a Bloke and an apparent aversion to cutting mustard.

No use for proper humorists today is it? No value to the neoliberal agenda are we? No place in a disintegrating economic climate is it? Madam, for one night only, I rise to your rhetoric and serve you with… Humorists: their four uses.

About the writer
Robert Wringham is a writer, performer and editor of New Escapologist, a small-press magazine for working stiffs with escape on the brain. Now in its twelfth issue, the magazine has seen contributions from Alain de Botton, Richard Herring, Ewan Morrison, Tom Hodgkinson, Will Self, Luke Rhinehart and many others. His first book, You Are Nothing (2012), is a history of Cluub Zarathustra, a comedy club that hit London in the 1990s.

His humorous essays were compiled into his second book, A Loose Egg (2014). He writes as a humorist and as an Escapologist, exploring both the minutiae and the larger mechanisms of modern life. He was shortlisted for the 2015 Stephen Leacock Memorial Medal for Humour.